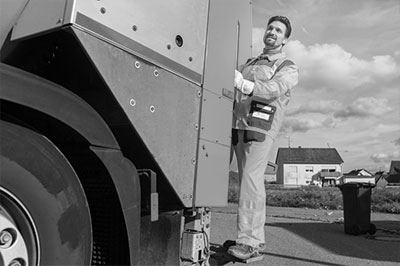 RELATIONSHIP BETWEEN THE WORK INJURY
AND A SUBSEQUENT INJURY

Subsequently, he saw a doctor for pain in his right knee. He received a steroid injection and an MRI was ordered. The employer denied the compensability of his treatment.

The OWC Judge appointed an IME doctor. The IME doctor testified that the claimant’s right knee injury was arthritic in nature and not caused by the work accident.

The OWC Judge awarded the claimant benefits, penalties, and attorney’s fees despite the IME opinion. The employer appealed.

In reversing the OWC Judge, the Third Circuit found that the claimant failed to meet his burden of proving a connection between the two knee injuries. The claimant argued that his treating physician related the two injuries. However, the Court noted that it failed to see anything in the treating physician’s records that provided an opinion as to the cause of the right knee injury. The only thing in the record was a note that the claimant told the doctor that he thought they were related. The doctor did not testify. The Court found that this was insufficient medical evidence to prove the  connection and denied the claimant benefits.

We see claimants attempting to connect different injuries. I don’t think they can be successful without some medical testimony to support that claim. There are too many other ways to injure yourself or develop problems so that the claimant needs something other than his own selfserving
testimony to make the connection.

In Frazier v. Covenent Services Worldwide, 16-744 (1 Cir. 5/31/17), the claimant suffered a right shoulder rotator cuff tear while in a security guard training exercise on January 12, 2010. She underwent three surgeries as a result of that injury. She was paid all medical and indemnity benefits.

On July 17, 2013, her treating orthopedist said she could return to work with permanent restrictions of lifting no more than 5 pounds overhead, 20 pounds from the waist to the shoulder, and no carrying more than 30 pounds.

The employer established a position for the claimant within those restrictions. That position was approved by the treating physician and claimant returned to work. However, during her first shift back at work, she asked to leave because of severe pain in her neck and shoulder. She never
went back to the job again.

A Disputed Claim for Compensation was filed and the claimant alleged that the employer failed to provide an appropriate job.

The OWC Judge denied the claim for SEB finding that the claimant voluntarily terminated her employment which was within her restrictions and approved by her treating physician.

Claimant then made the alternative argument that she could not do the job because of “substantial pain”. To prove an entitlement to SEB for “substantial pain”, the employee has to prove by clear and convincing evidence (a higher burden than the usual preponderance of the evidence) that
she has substantial pain which prevents her from being employed. This argument was also found to have no merit. The employer accommodated the claimant in a position approved by her treating physician. The treating physician noted that she would always have some shoulder pain but that she
could work.

CLAIMANT NOT ENTITLED TO
CHOICE OF FUNCTIONAL CAPACITY EVALUATION

The Louisiana Supreme Court in Clavier v. Coburn Supply Company, Inc., 16-0625 (La. 06/29/2017), determined that a claimant cannot choose where she has a functional capacity evaluation.

WHAT QUALIFIES AS A WORK ACCIDENT?

In Crockerham v. Weyerhaeuser Holden Wood Products, 16-0331 (1 Cir. 6/2/17), the claimant contended that he was entitled to benefits because he suffered a low back injury caused by driving a forklift with bad tires and a broken seat. According to the claimant, riding on the forklift would “jar” his lower back when he hit potholes or other obstructions. He argued this “ongoing process” caused degenerative conditions in his back to worsen resulting in a low back injury. He eventually had a two level discectomy and lumbar fusion.

The issue before the Court: Does this “ongoing process” qualify as a work accident?

The OWC Judge awarded benefits to the claimant finding that this repeated jarring resulted in repeated accidents which caused the injury. The defendant argued that the claimant had a degenerative condition and this was not caused by an accident as defined under the Workers’ Compensation Act which is defined as a sudden, unexpected, identifiable event and not a gradual deterioration or progressive degeneration.

The claimant testified that he reported problems with the forklift and the jarring he would receive when he hit potholes. He maintained he was reporting these as accidents. The Court agreed and found that each of these specific incidents worsened his back condition.

To classify all of these minor events as work accidents and award benefits seems like a stretch to me. Degeneration is not supposed to be compensable. Isn’t degeneration the result of several events over the course of time? This case seems to disregard the clear definition of an accident. We’ll have to keep an eye on this case to see how claimant’s use it.