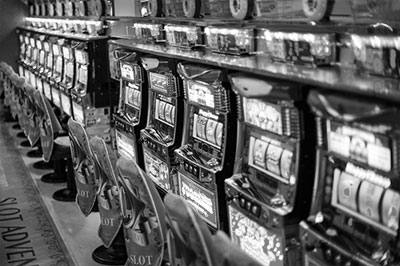 In Jack v. Eldorado Casino, et al, 52, 454 (2nd Cir. 1/16/19), a casino patron complained that as she was playing a slot machine, a beverage server spilled hot coffee on her. This caused her to jump and twist suddenly out of her chair. She allegedly suffered a low back injury as a result.

The plaintiff was awarded $245,000.00 in general damages for her injuries. Prior to trial, she had undergone a two level lumbar fusion with the placement of artificial discs. Her past medicals were $237,124.79.

The major part of the award was for future medicals. Her physician testified that she would need injections and pain management in the future. He also testified that plaintiff might need another surgery in the future. There was a life care plan, although the amounts were not specified. $577,000.00 was awarded in future medical expenses by the jury. The general damages and medical expense awards were not contested by defendant on appeal.

On appeal, the casino contested fault. The server contended that another patron bumped into her and knocked the coffee over. This was contradicted by the testimony of the plaintiff and other witnesses. It was also controverted by surveillance video of the incident. Since this was a credibility issue, the Court of Appeal did not alter the Judgment on fault in any way.

In Carter, several elementary school children were accused of bullying a classmate. The police officer assigned to the school for security rounded the kids up and ordered them outside. He had them kneel in the gravel for 10-40 minutes (this was the children’s various estimates).

The Court noted that the officer would have been very intimidating-he had his police uniform on and wore his gun and handcuffs. The kids testified that they were frightened by his gun and that they had developed a distrust of law enforcement as a result of this incident.

Each of the kids was awarded $5,000.00 in damages by the Court. The defendant appealed the award. Defendant argued that there was no medical evidence supporting physical, emotional, or psychological injuries. The Court found that medical evidence was not necessary and addressed the concept of a dignitary tort. It stated that “the law seeks to protect intangible interests and personal integrity and privacy, as well as mental tranquility.” In this case, it found the $5,000.00 award appropriate.

The case also involved a prescription issue. Under Louisiana law, tort claims must generally be filed within one year of the accident/incident. Four and a half years into this lawsuit, additional plaintiffs were added. The Court of Appeal reversed the award to these plaintiffs. It found that the additional claims were untimely.

Louisiana law allows claims to revert back to the date of the original filing of the Petition for prescription purposes in certain circumstances. However, this usually only occurs when the new plaintiffs are close family members. These kids had no family relationship to the kids who filed the original lawsuit.

WHAT QUALIFIES AS AN ACT OF GOD (UNDER THE LAW)?

We don’t see many cases where the Act of God defense is successful. This case demonstrates why.

An Act of God or force majeure is “an unusual, sudden, and unexpected manifestation of the forces of nature which man cannot resist.”

In Guy v. The Harvard Hughes Corp., et al, 18-0413 (4th Cir. 12/19/18), Mrs. Guy was severely injured when a tent collapsed during a wind/rainstorm in an outdoor area along the Mississippi River known as the Spanish Plaza. She suffered an amputated finger and cognitive deficits as a result. Plaintiff was a pianist, and the amputation of her finger caused her great mental and emotional distress as a result of the loss of her vocation.

Defendants filed a Motion for Summary Judgment arguing that they had no liability because the injuries to Mrs. Guy were caused by an Act of God. The trial court granted the motion.

On appeal, the granting of the motion was reversed. The Court of Appeal noted that the Act of God defense does not apply if human fault is also involved in causing a loss. Plaintiff presented expert testimony that the storm which occurred was not “unusual, sudden, and unexpected.” Plaintiff’s meteorologist testified that the weather was typical summer rainstorm weather for New Orleans. It is not uncommon to have gusty surface winds associated with thunderstorms in July. Therefore, such weather was not unexpected and did not qualify as an Act of God as a defense to the claims.

There was also evidence that the tent was not properly anchored so there was an issue of human fault.

This was an unusual situation which arose in a jury trial. In Gotch v. Scooby’s ASAP Towing, LLC, et al, (La. App. 3rd Cir. 2019), the jury was given the standard instruction that they should not discuss the case until they began deliberations. At the close of the case, the alternate juror was dismissed and, while the jury was deliberating, reported to the Court that the rest of the jury had ignored the Court’s instructions about discussing the case prior to deliberations.

This is a standard instruction which judge’s repeat to the jury many times during the course of a trial.

As a result of this disclosure, plaintiff moved for a mistrial. The trial judge denied the mistrial. The case doesn’t explain the reasoning for the denial.

The Court of Appeal reversed that decision. It found that the fact that the jurors ignored the Court’s instructions made it “clear that the fundamental failure that occurred during the proceedings was significant, ongoing, and widespread.” As a result, the jury’s decision was reversed and the case was remanded for a new trial.

In Zaunbrecher v. Martin, 17-932 (La. App. 3rd Cir. 3/21/18), a patron of a tribal casino was alleged to have been overserved by the casino. The plaintiffs further alleged that due to his intoxication, the patron had a blood alcohol level of .21 and negligently lost control of his vehicle running head on into a vehicle driven by Mr. Zaunbrecher. This resulted in Zaunbrecher’s death and his family brought a lawsuit against the casino. The lawsuit also named several individuals employed by the casino as defendants. These individuals were bartenders and servers.

Louisiana’s Dram Shop Law prohibits lawsuits against businesses holding alcoholic beverage permits for liability for injuries suffered as a result of the intoxication of a person to whom the intoxicating beverages were sold or served.

In this case, the plaintiffs’ attorney made a “tenacious” argument that the employees were not subject to this statutory immunity because they did not hold alcoholic beverage licenses individually.

While the Court of Appeal seemed sympathetic to the plaintiffs, it dismissed the claims. It noted that the statute had to apply to the employees of the business. To hold “otherwise would defeat the whole purpose of the statute and lead to absurd consequences.”

This decision was obviously correct. A business can only serve alcohol through its employees. As the Court said, if employees can be held liable then the statute is useless.

This was a highly unusual case involving four separate collisions caused by one vehicle. Lloyd’s Syndicate 1861 v. Darwin National Assurance Company, 17-623 (La. App. 5th Cir. 5/23/18), had the Court looking at the issue of what qualified as an “occurrence” under a commercial automobile policy.

James Hyde was driving an insured vehicle on the Westbank Expressway when he rear ended another vehicle at 60-70 MPH. There were several impacts with that vehicle which caused it to spin across several lanes of travel and strike the bridge railing.

Following that third collision, he continued travelling approximately 60 MPH when he struck a fourth vehicle and finally came to a stop.

The occupants of the four vehicles filed lawsuits seeking the recovery of damages. Lloyd’s issued a policy with a $1 million per occurrence limit to Mr. Hyde’s employer. Darwin had an excess policy. All the cases were eventually settled.

In this case, the Fifth Circuit affirmed the trial court’s decision finding that these four collisions amounted to one occurrence under the policy. The impacts occurred in such quick succession that this could be categorized as one accident. The successive impacts were the result of the same cause as the initial impact.

Florida Gas Transmission Company, LLC v. Texas Brine Company, LLC, et al, 18-0218 (La. App. 1st Cir. 1/11/19), also dealt with whether there was an occurrence under a policy. Florida Gas alleged that its pipelines were damaged when a sinkhole was allegedly created by the salt mining operations of Texas Brine. The sinkhole appeared on August 3, 2012. Zurich American Insurance Company had insured Texas Brine through March 1, 2012.

Texas Brine argued that the mining operations could have damaged the underground pipelines prior to March 1, 2012 (during the policy period) and offered an expert to support this opinion. The Court dismissed that argument and found that possibility, speculation, or unsupported probability is not sufficient to establish a claim. The mere possibility that damage could have occurred during the policy period was not evidence sufficient to defeat a Motion for Summary Judgment. Therefore, Zurich was dismissed from the case.

Jourdan v. All America Financial Benefit Insurance Company, et al, 17-1630 (La. App. 1st Cir. 11/30/18), was a case which arose when Lawrence Jourdan, a member of the Board of Directors of the Washington St. Tammany Electric Co-Op was struck and killed as he crossed the street as a pedestrian.

Mr. Jourdan had been at a board meeting prior to this accident. Following the board meeting, many of the board members went to dinner. The accident happened as Mr. Jourdan crossed the street from the parking lot to the restaurant. The testimony established that the dinners were not mandatory, but were encouraged to develop fellowship among the board members. The dinners were also described as a “thank you” to the Board of Directors. The Co-Op paid for the dinners.

Under the policy at issue, Mr. Jourdan was an insured “while acting within the scope” of his duties as a director. The trial court granted a Motion for Summary Judgment on the issue, but the Court Appeal reversed. It found that there was a genuine issue of material fact as to whether or not the dinner following the board meeting was within the scope of a director’s duties for the Co-Op. As a result, the case was remanded to the trial court for trial.