The Impact of COVID-19 On Civil Litigation in Louisiana 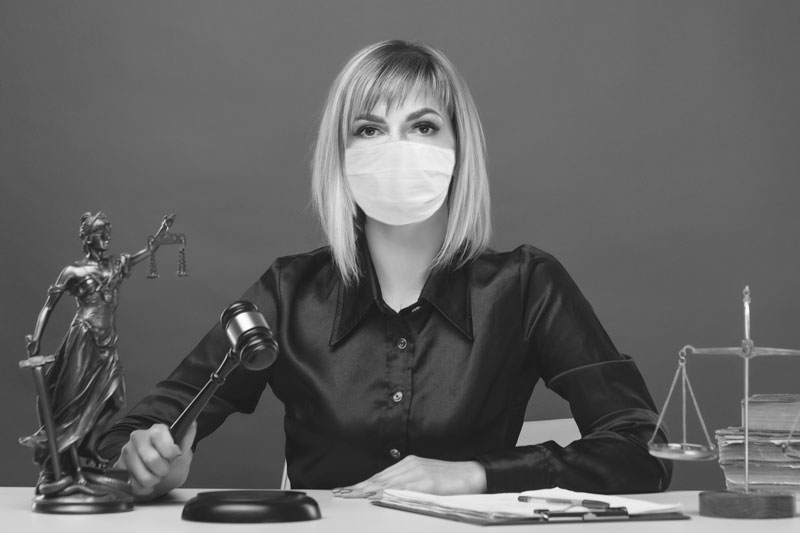 THE IMPACT OF COVID-19 ON CIVIL LITIGATION IN LOUISIANA

In mid-March, civil litigation in Louisiana came to a screeching halt with the issuance of the statewide Stay-At-Home Order and court closures that soon followed.  With few exceptions, legal deadlines were suspended and depositions, hearings and trials were postponed.  By order of the Louisiana Supreme Court, all jury trials scheduled between April 6, 2020 and May 1, 2020 were continued.  Other state courts and the federal district courts of Louisiana followed with their own orders suspending jury trials.  Since that time, the suspension of legal deadlines has been lifted and in-person court proceedings and depositions have resumed but not nearly at the level seen before the COVID-19 pandemic. This has left many clients asking, “When will I get my day in court?”

Of course, no one truly knows for certain when the legal system will return to normal.  It is reasonable to assume it will not occur until after an effective vaccine for COVID-19 is widely available.  Jury trials, which are a critical part of many cases, present a unique challenge considering public health concerns and social distancing rules still in effect.  In Louisiana, a party is entitled to demand a jury trial in a civil case if the amount in controversy exceeds $50,000.  Due to legislation passed earlier this year, starting January 1, 2021 the jury trial threshold is lowered to $10,000.  This means potentially more jury trials in courts already facing a growing backlog of cases awaiting trial.

As virtual hearings and conferences become the new normal, a handful of courts in other states have even held virtual jury trials.  A 6 day virtual jury trial in federal district court in Seattle ended October 7 in a $1.35 million verdict for a woman injured on a cruise ship. The plaintiff’s counsel indicated he was happy with the virtual jury trial process.

In May, in what might have been a first in the United States, a Texas court as part of an alternative dispute resolution proceeding selected a jury via Zoom video conference.  There was a minor hiccup in the selection process when one of the prospective jurors walked away from his computer to take a personal phone call.  On August 11, another Texas court started what is possibly the nation’s first virtual criminal jury trial. During that proceeding a juror’s Zoom video feed froze and the juror had to be dismissed from the jury when the problem could not be remedied quickly.

The current challenges faced by civil litigants will no doubt have a significant impact on the way cases are litigated and resolved.  For one, mediation is expected to increase.  Another likely outcome is that we will see more parties opting for bench trials and waiving the right to trial by jury.  In the transactional world, parties can expect to see increasing use of dispute resolution provisions in contracts with a waiver of trial by jury or selection of arbitration as the exclusive forum for dispute resolution among the parties.

It remains to be seen if virtual jury trials in civil cases will be a viable option considering the host of challenges they present for courts and attorneys.  One would also surmise that civil cases will be more likely to settle until courts can move cases through the system again at pre-COVID levels.  While it seems civil jury trials were on the decline even before the COVID-19 pandemic, a trial date often serves as an important incentive for both sides to reach a compromise and avoid the expense and uncertainties of trial by jury.  The courts along with attorneys and their clients have no choice but to adapt to a new litigation environment that continues to evolve.