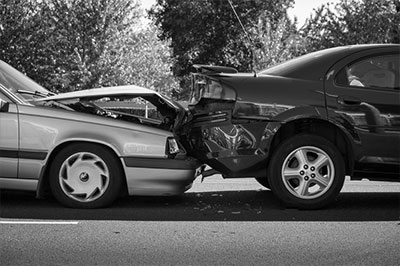 Louisiana provides only limited bad faith causes of action against insurers on third party claims. Bad faith claims are mostly limited to first party claims under the policy. The plaintiff in Lee v. Sapp, 17-490 (4th Cir. 12/6/17), made a novel argument.

The case involved a motor vehicle accident. The alleged tortfeasor, the other driver, was insured by State Farm. Coincidentally, State Farm was also the plaintiff’s automobile liability insurer. Plaintiff did not have UM coverage, and his claims were made strictly against State Farm as the other driver’s insurer. No claim was made under his policy.

State Farm sought to have the plaintiff’s bad faith claims dismissed because he made bad faith claims limited to insureds in a first party situation. Plaintiff argued that because he was a State Farm insured, his claims were in the nature of a first party claim. The Court agreed with State Farm and threw the claims out. A bad faith claim cannot be premised on the coincidence that the insured and the tortfeasor have the same insurer. In this case, the insured and insurer were in an adversarial position, and it would be untenable to expect the insurer to be both an adversary and owe a duty of good faith and fair dealing to its insured. The insurance company’s duty was no different in this case than if the plaintiff had been insured by a different insurance company.

Ronald Lee Stutes suffered catastrophic injuries in a motor vehicle accident with a tractor trailer. He was rendered a paraplegic with paralysis from the chest down. The jury awarded the following general damages:

At trial, the evidence showed the obviously devastating effect of being rendered a paraplegic on Mr. Stutes. On appeal, the excess insurers argued that the general damage award was excessive. Past awards in such cases ranged from $2.5 million to $9 million. Despite this precedent (or lack of precedent for such a high award), the Court of Appeals upheld the verdict.

There was a concurring opinion in which the Judge noted that he was very uncomfortable with such a high award. He thought that the verdict form with the list of various general damage categories “added substantially to the likelihood that the jury would award separate general damages for, essentially, the same injury, and, in my view, contributed to the high verdict.” However, there was no objection made to the verdict form at trial so any problem with the form was waived by the defendants.

The concurring Judge also noted that plaintiff’s closing argument contained a “strong send a message/retribution statement” which was inappropriate in a case that did not involve punitive damages. Again, however, no objection was made to this argument at trial so he saw no remedy for it on appeal. Stutes v. Greenwood Motor Lines, Inc., 17-52 (3rd Cir. 2/18).

This was a bad case for the defendants. Plaintiff’s injuries were catastrophic and the attorneys did a great job of presenting these injuries and the affect they had on plaintiff’s life. We will have to see if this huge verdict is an outlier or if it’s the new normal.

In Patterson v. State Farm, 51, 620 (2nd Cir. 11/15/17), the plaintiff had health insurance through Blue Cross/Blue Shield. Blue Cross paid for his medical treatment for his injuries at a discounted rate. The total medical bills were $63,072.88. Blue Cross paid $13,632.63. By law, the healthcare providers could not pursue the claimant for any further amount and their bills were fully extinguished by the Blue Cross payment. The Court of Appeals reversed the trial court and held that the plaintiff could recover the full amount of the medical bills even though Blue Cross paid substantially less. This was found to be a collateral source because the plaintiff paid the premium for his Blue Cross insurance. As a result, he was entitled to the windfall of nearly $50,000.00.

In Addison v. Affirmative Insurance Company, 17-378 (4th Cir. 11/15/17), the Court found that e-signing a UM waiver form was valid.
The insured electronically executed and signed the UM form. He selected economic only coverage. This was pre-selected coverage based upon a quote given to the insured and which he selected.

The insured challenged the waiver form, but the Court upheld it as valid.

Louisiana lacks precedent on claims involving alleged employer negligence for the vicarious liability of an employee and the simultaneous claims of direct negligence against the employer for negligent hiring and training of the employee. There have now been a couple of federal district court cases which have applied Louisiana law and addressed the issue. In Wright v. National Interstate Insurance Company, Civil Action No. 16-16214 (USDC E.D. La. 11/6/17), the defendant trucking company filed a motion for summary judgment to have the direct negligence claims against it dismissed.

The plaintiff maintained that she was injured in a motor vehicle accident with a tractor trailer and filed a suit which included claims against the driver’s employer for the vicarious liability of the driver’s fault. It also asserted a cause of action for the employer’s direct negligence in allegedly failing to properly train him and in failing to properly maintain his vehicle.

Wright followed another federal district court case and held that when the defendant stipulates that the employee driver was in the course and scope of his employment at the time of the accident, plaintiffs cannot maintain a cause of action for both vicarious liability and direct fault. Any negligence of the driver would necessarily include the negligence of his employer in failing to properly train or supervise him. The MSJ was granted and the claims of negligently training and maintenance were dismissed.

FAULT OF A LEFT TURNING MOTORIST

In Rabon v. Smithkors, 17-502 (3rd Cir. 2/18), the Court of Appeal reversed the trial court’s finding of no liability on the part of the defendant and applied the presumption of negligence against a left turning motorist to find the defendant truck driver at fault.

Smithkors turned left onto the highway and was rear-ended by the plaintiff. While the trial Judge ruled in his favor, the Court of Appeal found that he made the turn without making sure he could make it with reasonable safety – plaintiff’s vehicle was too close for the defendant driver to safely complete his turn without being run into.

The Court of Appeal also stated that professional truck drivers, as specially trained operators of vehicles, are subject to a higher standard when assessing their degree of responsibility in an accident. They are “superior actors in the eyes of the law.”

Since the Court of Appeal reversed the trial court’s dismissal of the plaintiff’s claims, it needed to assess damages. Plaintiff had a pre-existing degenerative condition of his low back. He suffered soft tissue injuries which aggravated that pre-existing condition. He was treated for six months and had an epidural steroid injection in his low back. The Court awarded $50,000.00 in general damages for these injuries.

In my view, this is not a case that the Court of Appeal should have reversed. The opinion discussed the facts extensively. The Court of Appeal interpreted those facts favorably to the plaintiff while the trial court judge did not. Liability was a detailed factual question, and the trial judge should not have been reversed.

AND THE WINNER FOR WORST DECISION OF THE MONTH IS …

This one really got me going. Forvendel v. State Farm, 17-77 (5th Circuit 11/15/17) involved a three car MVA. Plaintiff was in a car he owned and which was insured by State Farm. He recovered against the defendant driver and recovered his UM limits from State Farm.

Plaintiff lived with his mother and then also sought to recover under the UM coverage from her separate State Farm policy as an additional insured under that policy. She had significantly higher UM limits. Generally, this would be prohibited by Louisiana’s anti-stacking 5
statute. UM coverages cannot be stacked. In this case, however, plaintiff had a similar claim in 2007. He was involved in an accident and made a claim under both his UM and his mother’s UM policy. State Farm mistakenly paid under both policies for that claim. The court said the prior claim was “strikingly similar”. Because of this, plaintiff argued that the anti-stacking statute was waived by State Farm’s past behavior.

The trial court and court of appeal fell for this one hook, line and sinker. They bought plaintiff’s argument and found coverage under the mother’s UM policy. The court made a big deal about the fact that State Farm never went back to plaintiff and told him that they made a mistake on the 2007 claim until he filed this new lawsuit.

This is just crazy. Louisiana has a statute that says the payment of a claim is not an admission of coverage. That statute does not even get mentioned in this case. How can one claim mistakenly paid almost 10 years prior have any bearing on this claim? I’m still scratching my head on this one.