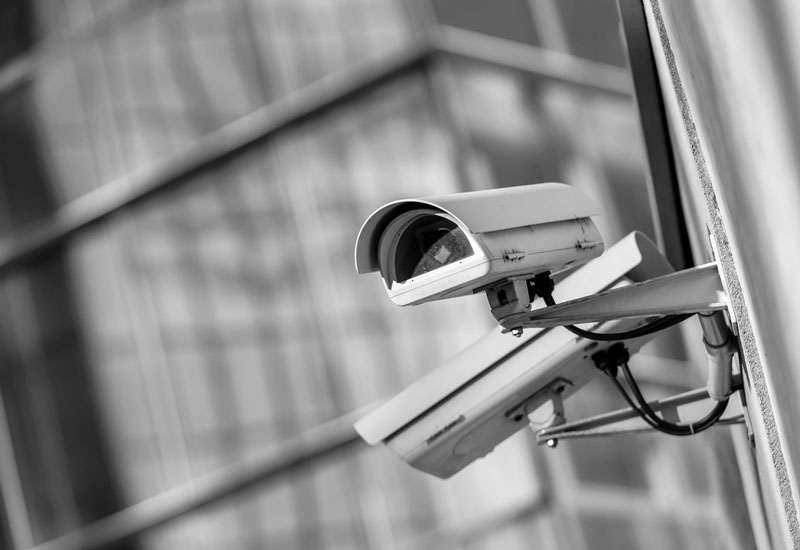 With the prevalence of surveillance video nowadays in stores, restaurants, on trucks and in public, the question of the preservation of that evidence frequently arises.  More sophisticated businesses know to keep the video. Smaller entities sometimes discard it or record over it without any thought. Video can be lost for other reasons. This happens with other evidence too. Email, maintenance records, logs, etc. While businesses should have evidence preservation policies in place, we still see the failure to preserve evidence as an issue on a rather frequent basis. In many cases, that evidence would have been helpful to the defense.

A question that frequently arises is whether a litigant can be “punished” for failure to preserve evidence. This is called spoliation.

The Louisiana Supreme Court has established in Reynolds v. Bordelon, 172 So. 3d 589 (La. 6/30/2015) that there is no cause of action in Louisiana for negligent spoliation. An example of this type of situation is a business that has a surveillance video system in place, but that business also has a routine where the video is recorded over every 72 hours say. If the business simply forgets to save the video of the incident and it is recorded over, this would at most be negligence and not cause a “punishment” in any litigation.

Intentional spoliation is an actionable tort, but a party will not be penalized for any inadvertent destruction of evidence. The intentional destruction has to be for the purpose of depriving the opposing party the use of the evidence at trial.  The plaintiff must establish that the defendant acted in bad faith, which the courts have defined, as “destruction for the purpose of hiding adverse evidence.” This is a high burden for a party to meet. Imagine what would be needed to prove a party actually destroyed evidence so that it could not be used against it. The person who destroyed the evidence will never admit this. It would take a serious amount of circumstantial evidence to show an intent to destroy evidence.

In a case where the Court finds an intentional spoliation, the jury is able to assume that the evidence would have been harmful to the party’s case.  Spoliation claims are rarely successful in Louisiana in my experience, but plaintiff attorneys do not stop trying. Many times it is a desperate attempt by attorneys who do not have real evidence to support their case.

As you know, Daubert is the standard for determining the admissibility of an expert’s opinion in a given case. In Certain Underwriters at Lloyds London v. United States Steel Corp., 288 So. 3d 120 (La. 1/28/20), the plaintiff has offered the opinions of two metallurgists on alleged defects in a pipe that failed. The trial court prohibited the experts from testifying, and the court of appeal affirmed, but the Supreme Court found that the trial court abused its discretion in excluding the experts. The Supreme Court corrected a mistake I believe many lawyers and Judges make on Daubert inquiries. That is-they mistake questions of the reliability of the expert’s methodology (proper under Daubert) with questions regarding the credibility of the expert’s opinion which is subject to cross examination and goes to the weight given to the opinion but not inadmissible under Daubert.

The Supreme Court noted that trial courts are given great discretion on evidentiary issues. In this case, however, the trial court abused its discretion because the experts used standard practice, peer reviewed methodology.  Whether that methodology proved the plaintiff’s case or not was not a proper Daubert inquiry. Weight and credibility of opinions do not bring Daubert into play. Daubert also does not concern itself with an expert’s qualifications. These are subject to rigorous cross-examination in an adversarial proceeding. Methodology is the relevant inquiry on a Daubert issue not the credibility of the experts or the weight to be given to their opinions.

I have been making an argument on mitigation of medical expense recovery/damages which is, I think, supported by Louisiana law.  However, there is no concrete case law on the issue. As you know, many plaintiff attorneys direct medical treatment to plaintiff doctors. This increases treatment and inflates medical costs. In some cases, plaintiff attorney’s direct treatment away from Workers’ Compensation and Medicaid coverage of the medicals to inflate medical expenses and to be able to “board” those inflated medical expense numbers at trial. In Louisiana, WC medicals are covered by a billing schedule and treatment guidelines which keep medical expenses less than the usual liability case. Medicaid, of course, pays discounted amounts to health care providers.  I think this argument has potential to help defend these cases as one response in claims with WC coverage.

Good faith is the quintessential component of a claim for payment of medical bills in a lawsuit.  Menard v. Lafayette Ins. Co., 2009-1869 (La. 3/16/10); 31 So.3d 996, 1006.  Rather than proceed in good faith and obtain payment for his medical bills arising out of an accident through his employer’s workers’ compensation insurer, a plaintiff may instead decide to artificially inflate his medical bills by using lawyer guarantees or financing arrangements instead of the WC schedule to obtain treatment for his alleged injuries.  Thus, he has deliberately caused his medical bills to increase. The argument is he has failed to mitigate his damages.

The argument begins with the Collateral Source Rule. In Simmons v. Cornerstone Investments, LLC, the Louisiana Supreme Court recently held that the Collateral Source Rule did not apply to workers’ compensation medical payments.  2018-0735, pp. 9-10 (La. 5/8/19).  The plaintiff argued that he could “board” and recover at the jury trial the full amount of the medical bills and that he was not limited to the amount paid by WC. The Supreme Court disagreed and found plaintiff is only entitled to recover the discounted rate paid for medical services by his employer according to the workers’ compensation act’s schedule.  The same rules apply to Medicaid.

In a case where WC is available, a plaintiff is entitled to have his medical bills paid in full by his employer’s workers’ compensation insurer at a discounted rate. This is a matter of law mandated by the Louisiana WC Act.  In fact, the WC Act makes it illegal for a health care provider to charge more than the WC Fee Schedule on for treatment of a work injury. In such a case, plaintiff would suffer no special damages for his medical treatment arising out of the accident.  However, a plaintiff who makes the choice to forego the benefits he is entitled to by law has chosen to incur substantial medical bills through various providers to needlessly inflate his medical damages claim. He then wants to make the defendant pay for those costs when he could have mitigated them by using his WC coverage. This subterfuge flies directly in the face of a plaintiff’s duty to mitigate his damages.

An injured party has a duty to mitigate his damages and is required to take reasonable steps to exercise ordinary prudence to minimize the damages he sustains.  Barsavage v. State Through Dep’t of Transp. & Dev., 96-0688 (La. App. 1 Cir. 12/20/96); 686 So.2d 957, 963 (citations omitted).  In these cases, plaintiff has done the precise opposite.  He has incurred substantial medical expenses, when he had the opportunity to obtain medical services at no cost to himself and which would reduce the cost to the defendant.

In Sanford Bros. Boats, Inc. v. Vidrine, a seaman was injured while working on a tug.  412 F.2d 958, 961 (5th 1969).  Vidrine (the seaman) began treating with his family doctor for his injuries, and was admitted to a private hospital for treatment.  After his release, his employer notified him that it would not pay for any additional treatment unless told in advance.  It also advised that should treatment be necessary, it would arrange for Vidrine to be treated at the Marine Hospital (at no cost).

Vidrine did not immediately need any additional treatment.  However, eight months later, while working for a different employer, he began to have back pain again. He again began treating with his family doctor, who discovered that he suffered from a ruptured disc in his back and ultimately underwent surgery to repair the ruptured disc.

He filed suit against his former employer to recover (among other things) maintenance and cure benefits.   The trial court ultimately awarded him the costs of his privately incurred health.

The U.S. Fifth Circuit held that awarding plaintiff his privately incurred health care costs was legal error.  It noted that a seaman is not entitled to reject free services if offered to him without showing the treatment available at the free hospital was inadequate.  Id.  The Court found that Vidrine made no such showing.

It also held that when his employer notified him of its intent to provide free medical treatment, Vidrine’s duty to mitigate his damages required him to seek the free care.  His failure to mitigate his damages resulted in his forfeiting his recovery for his private medical bills.  The Fifth Circuit amended the judgment to remove the private medical costs incurred by plaintiff.

In these cases, a plaintiff has the option to receive medical treatment that is paid for by his WC carrier or Medicaid, which are able to recover lien amounts.  His employer or Medicaid would pay for his treatment according to a reduced-cost, statutorily mandated schedule under the Louisiana WC Act or Medicaid law.  This would constitute mitigation of his damages.  However, rather than do this, he has chosen to seek medical treatment directly with providers, or through his private health insurance, indebting himself substantially.  The Courts should not countenance such failure to mitigate damages, and should permit plaintiffs to only recover the value of medical bills after applying the reduced rate, workers’ compensation payment schedule or Medicaid amount.

The opposing argument I have been encountering is that Louisiana law entitles a plaintiff to choose his treating physicians and certain doctors may not take WC. In other words, a person who is injured is entitled to the best treatment from the most qualified doctors and should not be limited in this way to doctors who take WC or Medicaid. This raises issues some Judges will look favorably at, but I have tried to limit the effectiveness of this by asking doctors in depositions if they accept WC, Medicaid, Medicare, and health insurance. All pay reduced rates from the “full retail value” of medicals that doctors put on their bills. We can also ask the treating physicians about the reputations of doctors who do take WC or Medicaid in an attempt to prove that the treatment would be no less effective.